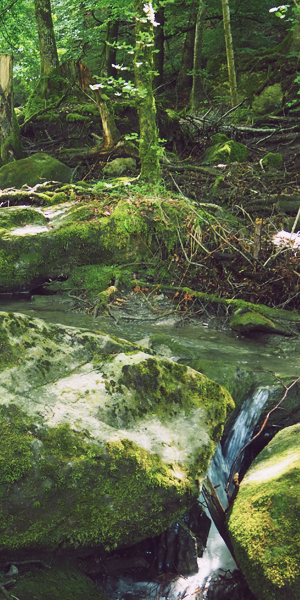 I’m grateful to the people who have inspired me. In this post I introduce some texts that have influenced me, my thinking and work. The list is not complete of course. But if you want to understand where I’m coming from, it will give you a good impression. And who knows, maybe you’re curious and want to pick those books up yourself. In any case, I would be interested to hear what you think of them. So if you want to discuss, you can write me here.

The texts in this section address coaching. Some of them are meant for practitioners and detail individual approaches to coaching. Other texts are scientific and outline the theoretical foundations of these different approaches.

Sarah Thorpe and Jackie Clifford, The Coaching Handbook, 2003
Thorpe and Clifford focus their approach on the human potential for change, growth, and development. Their very instructive book follows a more hands-on approach. Although the two authors do present their theoretical foundations, there are also many case studies and examples as well as techniques and exercises.

Laura Whitworth et al., Co-Active Coaching, 2007
There are so many different approaches to coaching that picking only one or two to include here was a difficult choice to make. Whitworth and colleagues, however, bring it to the point: Coaching is about co-actively overcoming challenges. Coach and coachee work together to bring about change, and this book is a great resource on how to do this.

Elaine Cox et al., The Complete Handbook of Coaching, 2010
One of the many handbooks on coaching, this one gives a comprehensive introduction to the myriad of the available coaching approaches. Apart from this introduction, I find the section on the professionalization of coaching especially helpful, which addresses issues such as ethics, supervision, or mental health.

Jonathan Passmore et al., The Wiley-Blackwell Handbook of the Psychology of Coaching and Mentoring, 2013
This handbook discusses in great detail various topics related to coaching (and mentoring). What is really helpful is how multiple classic and contemporary theories of psychology are connected with coaching approaches. Thus this book teaches much about behavioral and cognitive coaching, on gestalt and narrative approaches, on personal development, ethics, and many other topics.

Siegfried Greif et al., Handbuch Schlüsselkonzepte im Coaching (Handbook of Key Concepts in Coaching), 2018
This handbook provides a thorough introduction to coaching from a scientific perspective. It discusses multiple coaching approaches and techniques, their theoretical foundations, and effects. This book is an invaluable resource for anyone who is studying coaching and is looking for evidence and state of the art research.

The texts in this section have helped me to formulate the core concepts of my own approach to coaching. They address topics such as project management, leadership, and teaching, but also deal with resilience and grit, life, and overall satisfaction more generally.

Umberto Eco, How to Write a Thesis, 1977
Eco was novelist—maybe you know his The Name of the Rose—but also a highly influential scholar. How to Write a Thesis is a colloquial and yet also instructive guideline for students who have to write any form of dissertation, essay, or term paper. I list this book here because of how it encourages people to assuredly engage with challenging and daunting projects.

Rudolf Steiger, Menschenorientierte Führung (People-centered Leadership), 1990
Steiger, a retired professor, outlines 22 hypotheses which concern our expectations, assumptions, and attitudes regarding leadership. This book is thus neither a manual nor a tool kit on how to lead. Instead, it encourages us to start thinking on leadership and how we engage with people.

Parker Palmer, The Courage to Teach, 1997
Palmer’s book is, hands down, the most inspiring book on college-level teaching. The book is not so much about different methods or techniques, but more about attitude and the rewards of good teaching for teacher and student alike. I cannot recommend this book enough and believe that its core insights are not only applicable to teaching, but to life more generally.

Borwin Bandelow, Das Angstbuch (The Book of Fears), 2004
Bandelow is a researcher working on fears and how to treat them. Next to his scientific publications, he has also written for a broader audience, which includes The Book of Fears. It is a general introduction to why and how we fear, and what we can do to overcome our fears. The book is well written and combines more theoretical reflections and many real-world examples. Highly recommend.

Angela Duckworth, Grit, 2016
Duckworth is a researcher who specializes on the human ability to see things through, she calls this ability grit. This book explains in an understandable way the science behind grit but also elaborates on how grit changes and can be improved. I find this book very helpful for both my work as a coach and my personal life.

The texts in this section are not strictly about coaching. But I have read and used them for my work as a researcher. These books concern us humans. What we are, what we do, how we think, and how we act.

Ludwig Wittgenstein, Philosophical Investigations, 1953
The Investigations is the second and last, and posthumously published, book of Wittgenstein. It is not a coherent reading but a collection of notes and thoughts that Wittgenstein collected over many years. Therein, he discusses language, logic, perception, and many other topics related to the human mind and human understanding. I read the book in college for the first time, and devoured it like none other. For me it is one of the most important texts of the 20th century.

Hans-Georg Gadamer, Truth and Method, 1960
Truth and Method is the main work of the philosopher Gadamer, in which he conceptualizes human understanding and interpretation. An important notion is the truth itself, which can be discovered (and re-discovered) by humans. Indeed, we are able to find some form of truth in literature, art, science, and many others of our endeavors. This book is a tough reading, but was an epiphany for me.

Carl R. Rogers, A Way of Being, 1980
Rogers strongly believed in the human potential, creativity, and self-realization. In A Way of Being he accounts for his own development and the core concept of his theory and thinking. This book and the values represented therein resonate deeply with me, and I admire Rogers for his compassion and optimism.

James Paul Gee, An Introduction to Discourse Analysis, 1999
This book is an excellent introduction to Gee’s approach of analyzing discourses. He outlines his theory on language in use but also explains how one can analyze such language. The power of language features prominently in this book, and Gee convincingly demonstrates how we create and negotiate (social) reality through discourses.

Klaus Krippendorff, The Semantic Turn, 2006
Klaus Krippendorff is one of the scientists who has influenced me the most. In this book, he reflects on how humans interpret and shape the world around them. Human agency is paramount for this. Meaning is not just “found,” it is actively created and attributed by us and Krippendorff theorizes how creation and attribution take place, and which implications they might have.

I believe that we can find some form of truth in art. And the texts in this final section do indeed hold some truth for me.

Franz Kafka, The Castle, 1926
Kafka was a writer from Prague whose texts are often considered to be somber, disturbing, surreal, and even outright bizarre; the term Kafkaesque is derived from his name and The Castle is one of Kafka’s unfinished novels. I read him as a teenage boy for the first time and was struck. He showed me that it is possible to write differently, to develop and explore other topics, themes, narratives. In a way, Kafka introduced me to the art of writing.

Ursula K. Le Guin, The Left Hand of Darkness, 1961
This novel, which is part of the Hainish Cycle from American author Le Guin, explores topics such as identity, gender, communication, otherness, and most importantly trust. The key message of the book is to not think in black and white terms, not to deal in absolutes. After all, as the book explains, the left hand of darkness is the right hand of light. What appears polar and opposite might still be closely aligned.

Stanisław Lem, Solaris, 1961
Lem was a prolific science fiction writer from Poland. In his novels he has often explored how we humans perceive and understand the world around us, how we rationalize it. For me, Lem is one of the greatest philosophers of life and humanity, one who happened to use novels and stories to engage the “big questions.” Solaris is maybe his most well-known novel and was turned into a movie twice.

Philip K. Dick, Valis, 1981
Dick was a seminal American writer, and many of his stories were turned into movies and TV shows. His works explore reality, identity, perception, and truth itself. Valis is the first book in the Valis Trilogy, which is at the same time fictional and yet very autobiographic. In these books, Dick explores himself, his own reality, identity, perception, and truth. Valis is a challenging and philosophical, but also very rewarding read.